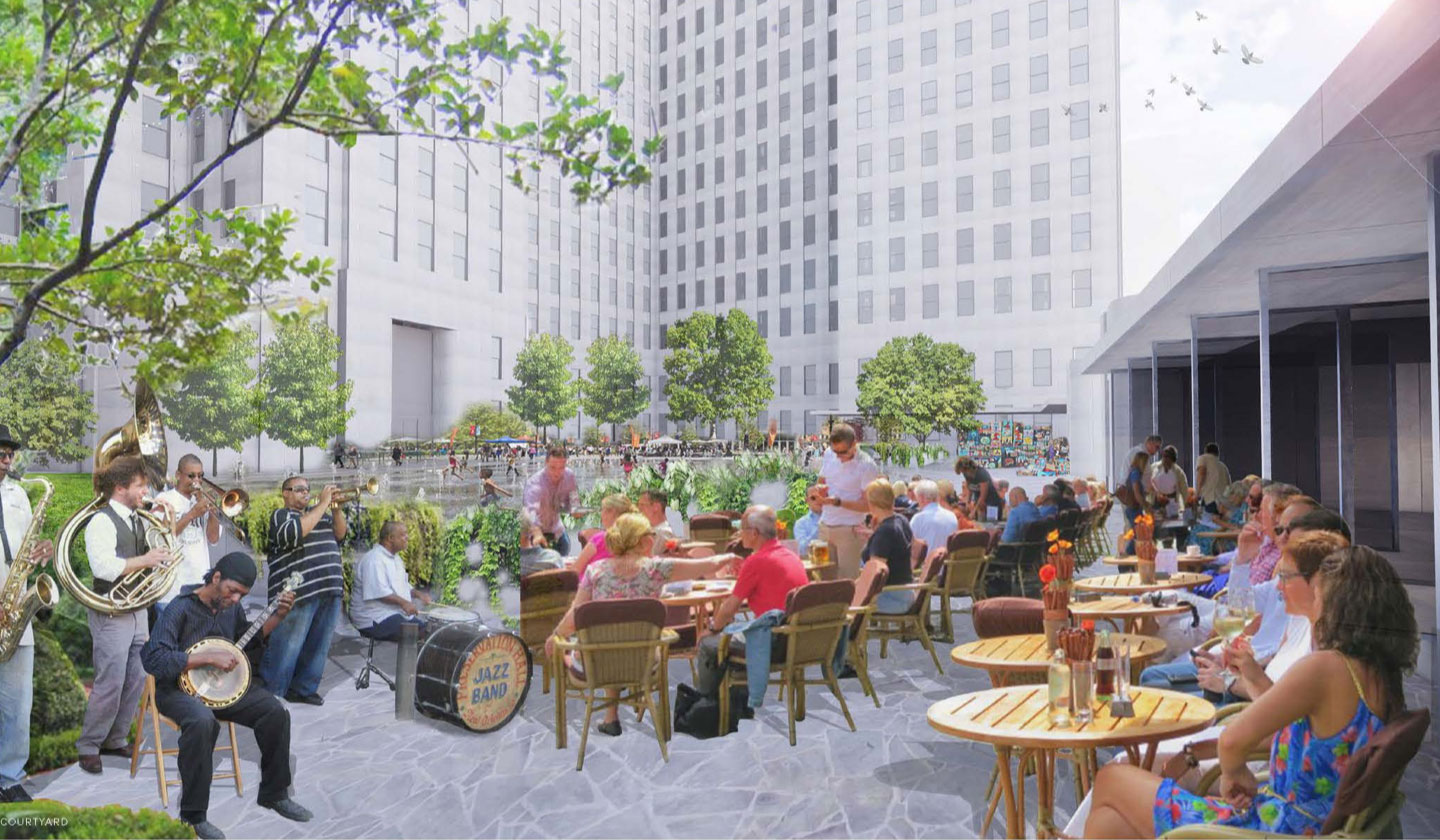 Following its construction in 1938, Charity Hospital New Orleans immediately became a beacon of quality medical care, dramatically expanding the public healthcare resources of the city and surrounding area, as well as earning a national reputation in handling trauma. It also was the impetus for the development of a sizable medical district that organized around it, featuring two prominent medical schools with their own hospitals, as well as multiple specialty clinics and a nursing school. During the collapse of the levee system during Hurricane Katrina, “Big Charity” as it was fondly known then, shuttered its doors, a severe blow to its surroundings.

The city and the area came back from the devastation of the storm, with the Tulane University Medical School, hospital and clinics leading the way by re-opening first. The facility formerly referred to simply as Charity re-located nearby after building a new campus of hospital/clinic/training facilities under its official name of LSU Health Sciences System with its related entity the LSU Health Care Delivery System. The New Orleans Veterans Administration Medical Center also built new facilities located on an adjoining campus. The two combined represent an investment of approximately $4.5 billion into the area and extended the existing medical district physically, as well as dramatically expanding the services offered.

The LSU Real Estate and Facilities Foundation has selected 1532 Tulane Partners, Inc. as the developer for an adaptive reuse of the facility that will take its place in the burgeoning future of the surrounding district. It will become a mixed-use building with commercial office and retail users, as well as residential space. A historic approach is being taken in cooperation with the Louisiana Dept. of Culture, Recreation and Tourism and the National Park Service. There will be greater public access to this cultural landmark with space devoted to the history of the building and the art of Enrique Alférez. The existing landmark appearance of the building will be restored, and street access will be far more open, with landscaped courtyards offering outdoor café and entertainment seating.

The Charity Hospital Redevelopment is a historic adaptation of the one-million square foot former Charity Hospital building with the focus of creating a vibrant center of neighborhood activity. Its overall development combines historic preservation interests with a planned renewal of the surrounding community’s business life and participation. Charity will serve as the hub with effects reaching far beyond the walls.

Approximately half of the Charity building is designed to attract office users seeking Class “A” space, particularly those participating in the bio-medical district that extends from Poydras and Canal Street with the project located between the two. At the inception of the Request for Proposals by the Real Estate and Facilities Foundation, an anchor tenant size office user provided a letter of interest for leasing office space in the building. Since its selection in November 2021, a lease has been successfully negotiated with Tulane University. Another significant office user now in lease negotiations is a national co-working space innovator that wants approximately 150,000 square feet in the main tower. The Development Team has finalized negotiations with LSU Health Foundation New Orleans to move its offices into the historic Butterworth and Hutchinson Buildings at 1541-45 Tulane Avenue. The project’s architects and contractors plan to join the Development Team there.

The current residential plan of 300 units consists of a mixture of 1, 2, and 3 bedroom units.  An agreement is in place with Sonder, Inc for up to 150 units. The remaining units are reserved for marketing to middle income and workforce users.

The retail component is designed to serve the office and residential users with goods and services. Also included in this category is certain space dedicated to public access celebrating the history of the building – an interactive museum of sorts where people are invited to video their personal Charity stories and see displays such as the antique medical artifacts now housed by the Louisiana State Museum. With a landscaped plaza area fronting Tulane Avenue and local retailers located in the small shop space there, workers and residents both will be welcome to browse.

The existing underutilized basement of the building will be converted to on-site parking, thus adding positive parking space count without removing any useable square footage from the building or from the surrounding area. The developer also proposes to establish a public transportation hub at the building to expedite access by bus and connections to the Canal/Loyola streetcar lines.